Why is Shortlife Housing Back on the Agenda ? 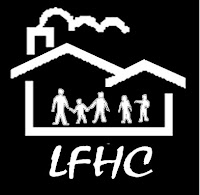 Why is Shortlife Housing Back on the Agenda ?

Across England there are 225,000 homes which have been empty long term, a number that has been growing for the past five years, according to MHCLG data In London, which has both the highest level of housing demand in the country and also the most expensive homes, you would be sure there would be no scope for homes to be left empty, but in fact there are over 30,000 homes vacant long term.  Long term in this case means that the property has been unoccupied and largely unfurnished for at least six months, though of course many have been much longer.
With 60,000 families in temporary accommodation and many more in insecure situations or sofa surfing, every one of those homes could be life changing for a family or a group of individuals if they could be brought safely back into use. For many of those the solution is for the owner to get on and finish building work, but where owners cannot or will not do this, or where there is some other reason for the delay, options are available to bring them back into use. Councils even have empty homes officers for this very purpose.

Shortlife housing is a form of co-operative housing. That is, it is where housing that would have been vacant is managed for the meantime by a group of people who will live in it. The residents themselves are the members of the organisation and they make decisions on who will live where, what repairs and improvements will be carried out and ensure that each person pays their share of the rent. Throughout the 1970s, 80s and into the 90s, wherever there was a large development, some of the properties would be managed by shortlife co-ops. Developments were on a large scale and the Housing Corporation gave grants to build or renovate housing. These schemes took time and so properties would otherwise be empty for years. For a time local authorities actually demolished or vandalised homes to stop people living in them, but obviously that was popular with neither councillors or voters, so they reached arrangements, either with shortlife co-ops or with groups of squatters themselves. Basically, shortlife housing gave the members a place to live and the landlord a known group of people to manage them and look after them with the option of getting properties back when they were ready to do work. The Housing Corporation even gave grants to do up properties into the late 1990s. Rents were low in exchange for each member doing some work. Members moved from home to home as one house was given up and another offered or, in some cases, properties were purchased. Across London there were dozens of housing co-ops, but as councils began to develop fewer homes and housing association development changed there began to be fewer opportunities and now only a handful remain. The question is now, whether their day has come again.

How did Guardians come into being ?
In the late 1990s there was as ever a dearth of housing, especially for single people. A new type of housing offer came into being which sounded similar to shortlife housing, but did not require participation in any form of organisation. In the earliest examples, it was an organised way to find a person to protect a property while the owner was away or doing something else. The role was literally to be a Guardian and the resident paid little or no rent. Sometimes the homes were fully furnished even and it was billed as providing a 'security service’ albeit with an unpaid guard. This was where agreements came in about not being absent for a length of time or about having many guests. It was described as a win-win situation, but that was then and this is now.

What has gone wrong with Guardian companies
The problems with guardian companies stem largely from the positives of the model. Where they provided free accommodation to those flexible enough to work within its constraints, there came to be more people than pleasant properties. As the model expanded from a niche, so more companies got on board who wanted to make money and who needed to find properties. The emphasis on protecting properties from vandals and squatters took over from preventing burglaries and so guardians began to protect all sorts of properties. With waiting lists companies began to charge fees and rents began to rise. In many cases companies charge a fee to the landlord as well as charging rents that are 50% of market rents, in some cases 80%. And that could well be the proportion of the market rent for a marketable property. Clearly this provides housing of a kind for some residents and if it works for them, that is wonderful, but it has become a real issue that there is a growing unregulated market in often substandard housing where legal protection for residents is hard to enforce. In filling properties Guardian Companies have all too often crossed the line from recruiting security staff with accommodation to advertising properties for rent and there have been a slew of legal cases where people have been evicted without sufficient notice or companies have tried to ride rough shod over people’s rights.
It is not always possible to ascribe a single cause to a company winding up and starting again under a slightly new name (see one repeat director at Camelot and the different iterations they have gone through before forming Watchtower: Companies House tracking data ) but there are people who believe the most recent change is related to unsuccessful court actions where the courts decided they were in the wrong and should pay compensation. I think that is as far as I will go on that one without a good libel lawyer available. Several councils have queried whether using some companies does not create too great a reputational issue and must wonder if they are not being exposed to litigation themselves, so must look for other alternatives. Unfortunately this could be a small part of the increase in empty homes, which is not the desired outcome at all.
Unfortunately because this sector is not regulated there is little information available. The government estimates that there are 6-7,000 guardians nationally and 1,000 in London, but this seems pretty clearly an under-estimate. Live in Guardians advertise that they have fifty properties in central London alone and cite an example housing 44 people. They claim 1,500 people on their waiting list are one of seven who made up their trade body in 2018. Most people in London know of guardian protected sites near them – we have had three at least within a few hundred yards, the closest for several years. A more likely figure is several thousand live-in ‘guardians’ just in London and one of the concerns is that it is big enough business to deter the owners from bringing them back into use. Everyone deserves a safe home, even if it is temporary, and the security of knowing they cannot be thrown out. For many people the trade-off for a cheap rent has moved too far and so, while the system does work for some, the pendulum may be swinging back.

Pros and Cons of Shortlife vs Guardians

What do we need to do to promote shortlife
Now - full disclosure for anyone who has read this far and hasn't realised. LFHC - London Federation of Housing Co-ops - is biased towards shortlife housing co-ops. We like the model because it is about people taking responsibility and having control themselves. Obviously it is a better model financially as resources stay with the group and don't go to shareholders. To promote it as a model once again we need to do a number of things:

If I have done this right, there will be an option to leave comments below, but this is one of two topics for discussion at the LFHC Autumn Forum 11am-12:30pm on 27th November 2020. Zoom link is here
You can also join the London Federation of Housing Co-ops Facebook Group to discuss this and anything else about housing co-ops.

Popular posts from this blog

Spreading the message about co-operative and community led housing

November 16, 2020
Hello World ! This will be a location for us to publish some articles on housing in London, co-operatively controlled housing and any form of resident or community led housing. We may also share ideas on anything else that takes our fancy. We are London Federation of Housing Co-ops. We are an association of different housing co-operatives of all shapes and forms - including any that organise themselves in a democratic way. Togeher we share ideas and expertise and bring in trainers for anything we don't know. We meet regularly throughout the year and also respond to government consultations to provide a voice for the movement. The aim is both to make existing organisations successful and to encourage the formation of new groups - whether by us leading or celebrating others who do it. The first article will be on shortlife housing and why it is better all round than using Guardian companies. this will be one of the topics for our next forum, which will be online on Saturday 28th Nov
Read more